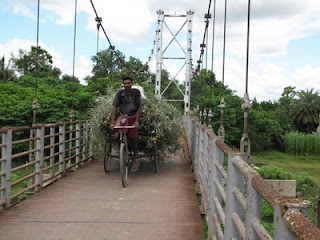 Bongaon has border with Bangladesh. In Bongaon it is called Petrapole and in the Bangladesh side it is called Benapole. It is the most favoured road check post. The Indian Railway has started a weekly goods rail transport of 35 wagons, Sonar Bangla, from Bongaon. It was started by the then Railway Minister Mamata Banerjee under the NDA government. The route was established in 1884 and the Barisal Express operated passenger services till 1947. After the partition, a mixed service (passenger and goods) continued till the Indo- Pakistan war of 1965. With the creation of Bangladesh, the goods train service was reintroduced for two years from 1972 but again closed for lack of goods. India and Bangladesh signed an agreement in July last to re- establish the train link. This was in line with the initiatives of the previous BNP Government, which formed a committee in 1994 to assess the feasibility. Officials said the route would cut short 63 km compared to the Darshana-Gethe track to Dhaka and facilitate smooth traffic of 7 lakh metric tonnes of expected import-export items in a year. According to the agreement, goods train from both sides would be allowed at Benapole and Petrapole from where the Bangladesh Railway and the Indian Railway would take wagons of their counterparts to the destination.Petrapole Border is the most Profitable Border among the whole Indo-Bangladesh border. Most Business of Bangladesh come from this Bordeer. 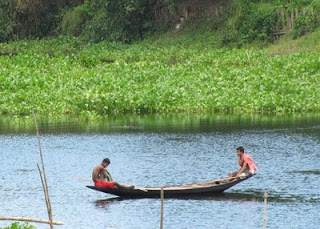 Among the schools, the Bongaon High School for boys (phone number - 03215 255144) and Kumudini Girls School for girls are one of the most sought after by students, though there are other good schools.By the way another high school Bongaon Kabi Kesheblal Vidyapith for Boys also has a good educational background. Bongaon has a college named Dinabandhu Mahavidyalaya affiuliated to Calcutta University (Phone Number - 03215 255044).The name of the other Important schools are, Kabikashablal Vidya Pith,Saktigarh High school,Gourisundari Balika Vidyalaya etc

National Highway No. 35 goes through the Bongaon Subdivision. "Chakdah Road" is the connector/Bypass between NH-34 and NH-35.
Sports

In sports and cultural activities Bongaon is very well in the State. There are many Playing grounds in Bongaon like

Football and Cricket are the main game of Bongaon.Vollyball ,Batminton arte also populer .......
Stadium is the main ground of Bongaon. Here mostly cricket and Football matches takes place. Other Fields are the Cricket Ground. Prataphgarh is main Cricket Ground. which is situated opposite of Bongaon Sub divisional Hospital.

Bongaon is the Birth place of famous novelist Bibhuti Bhusan Bandhopadhyay. His novel "Panther Pachali" was picturised by Satyajit Ray which was acknowledged & awarded nationally & internationally.His others novels like "Apur Sansar", "Aparajit" etc are also very famous. The house of Bibhuti Bhusan in Barackpore [5km away from the heart of the town] is a tourist place.Bongaon is also the birthplace of famous historian Rakhal Das Bandhopadhyay, who discovered "Harappa & Mahenjodaro" civilization on the bank of "sindhu" river. His house in Bongaon [near Patrapole] is also a tourist place. 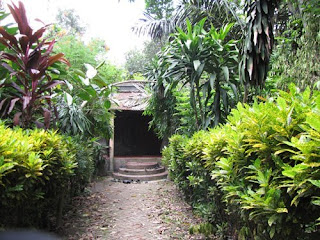 Bongaon has a Government aided Hospital namely Dr. J. R. Dhar Sub Divisional Hospital.It has 200 beds and 30 doctors. As most of the people of this region are Below Poverty Line they get free treatments here. Some leading doctors of Bongaon are Dr. Ashim Kr. Kundu(MD), Dr. Joydeb Mukherjee(MD), Dr. Nitish Biswas(MD), Dr. Tushar Kanti Biswas (DA,Presently he is in a hospital of North Bengal, also practicing in Bongaon for 1 week of every month),Dr. M N Roy(MS), Dr. U P Das(MD) and many more. There are some private Nursing Homes in Bongaon.

"Durga Puja" is the main festival of Bengali. Some other important Festivals of the Bengali People are "Kali puja","Biswakarma Puja","Lokenath Puja", "Saraswati Puja" etc.

Graphics Bird provide you to see better marketing package in which you realize better prospect about your better marketing affectionate .The graphics transferred written call to live demonstration. That is why Abhishek , the designer master ,provides you full satisfaction on your demands.
Abhishek concentrates to create immensity screen message .Correctly writing of graphics activate the prospect affection into a collecting member .This is affectively used by incorporation and marketing strategies into your graphics designer.

Babai
Actually I don’t think these lines will help you to know me.Basically I don't know what I'm....... People spend year after years to know somebody......But if you still eager to know something about me........ Then I would say go to my friendliest and scrap me to know the puzzle one... Otherwise if I will tell you, you won’t believe it. So depends on you... Decision is yours........ A little bit of information about profession I have just 3 years of professional animation & graphic designing experience, I’m specially interested to create logo of any type of company, e-banners e-covers web template .flash presentation ,website to minisite , print media to video add media . My artistic capabilities allow me to adapt to a variety of styles and give or take direction easily to adapt that style to suit the project. Please feel free to contact me at:jack_babai@yahoo.co.in for more information. Thanks for visiting my blog. www.graphicsbird.com is my business portfolio and professional website.... 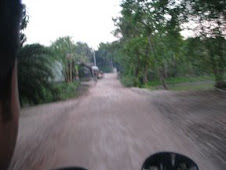